Data as a source of value in the multimodal transport industry

The fourth industrial revolution, also known as Industry 4.0, means a paradigm shift for companies that opt for the digitalisation of their processes.

Motivated by the enormous competitiveness that characterises the industry, the agents involved in the different phases of the transport of goods see the digital revolution as an opportunity to differentiate themselves and adopt new business models which place the data itself as a source of value for their operations. This technological development is accompanied by a series of challenges that emerging technologies, such as blockchain, aim to solve. Companies that take advantage of this digital revolution to improve their processes will achieve a competitive advantage that will lay the foundation of their operations for the coming decades.

Automation as a cornerstone of every business model

The main competitive advantage derived from the digitalisation of processes is the possibility of automating tasks that can usually be very time consuming, as they require manual operation and constant supervision from start to finish. In order to cut down on time, reduce the possibility of human error, and achieve consistency in the results obtained, this process reengineering takes on a fundamental role in the path towards digitalisation.

Blockchain technology is an ideal candidate to achieve these objectives, thanks to the implementation of smart contracts, which contain all the business logic that intervenes in daily operations and ensures their correct execution. Compared to traditional IT solutions, blockchain applications combine a series of characteristics that make this technology an ideal candidate for many situations in which it would not otherwise be possible.

This is the case with maritime transport operations, which involve multiple actors, often with misaligned interests. This makes it extremely difficult to ensure the fluidity of processes and the purging of responsibilities in the face of unforeseen events or situations where the process fails in some way. The use of smart contracts makes interaction between the different participants possible, executing the business logic of the process automatically when the circumstances that allow the operation to progress are met. The decentralisation and digital signature system that pertains to blockchain technology makes this automation safe and efficient.

Security and transparency to eliminate fraud and bureaucracy

In any traditional operation in the shipping industry, whether by land, sea or air, a large number of companies are involved, such as shipping companies, consignees, customs, or freight forwarders. The agents involved in the operation must constantly exchange official documentation, which in many cases must be signed and delivered by hand, with the resulting delay in waiting times.

Despite the great developments in cryptography and the creation of digital certificates and signatures in recent years, there has always been a need for an external figure to act as a provider of these certificates in order to make them valid. By using blockchain technology, companies can issue their own certificates in a decentralised network without having to rely on third-party companies for the success of the operation.

Essential documentation such as summary declarations or bills of lading, traditionally signed and verified manually, can now be digitised and signed using blockchain certificates, guaranteeing the security of the process from start to finish. The ledger itself that is the blockchain can be partially or totally exposed to the relevant interlocutors, achieving unprecedented transparency and reducing fraud to minimum levels, thanks to the immutability and security characteristics that blockchain applications incorporate as a standard.

A first insight: Blockchain in Port of Valencia

Thanks to the support of the Valencian Innovation Agency, a proof of concept was developed in 2019 in conjunction with the Valencia Port Authority to measure the benefits of blockchain technology in the port daily operations. The digitalization of bills of lading and arrival notices was accompanied by the integration with the port management system used by Port of Valencia, achieving the registration in the blockchain of quality data directly from its source, ensuring its origin and authenticity. This documentation can then be shared with different participants in the process, such as customs and the Port Authority in a seamless and transparent way.

A data sharing platform based on blockchain technology is being developed within the European Commission's Horizon 2020 framework for innovation projects. shipping companies, port authorities, IT service providers and research institutes covering the entire logistics chain are creating together a common data repository to facilitate its exchange in a secure manner. Using blockchain to establish new data governance models and the design of rules for the consumption of datasets, the main objective is to create an ecosystem of cognitive applications that benefits all participants in the logistics chain, obtaining value from the data they already possess and make a quality leap in their processes and business models in line with the current digital revolution. 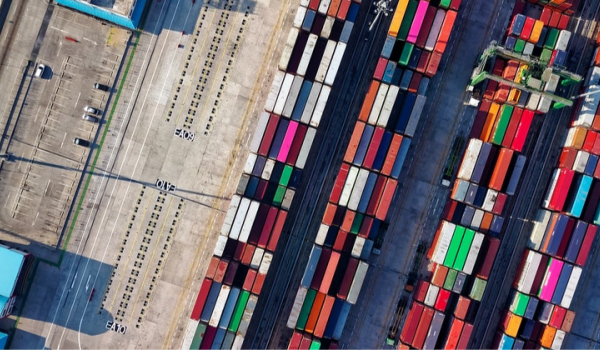 Multiple Authors
Business
Hit and Sunk? AI and Blockchain to Solve the Challenges of Seaports 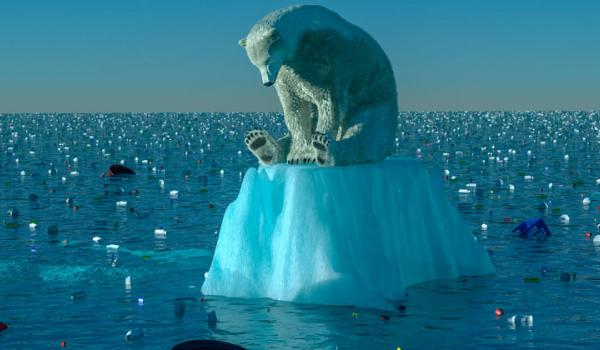 Multiple Authors
Technology can do so much for our oceans