How Remote Banking is key in the industry's digital transformation

Although the process of digitalization in banking is slower than in other industries, the impact of new regulations and, especially COVID-19, have made it clear that it’s a necessity. The sector is investing more and more in new innovative approaches and aspects such as increasing efficiency and enhanced customer experience, which have become essential in the industry. One of the latest advances is focused on adapting financial services to a remote access, allowing easy access to services and going further into providing a better customer experience.

The rapid digitalization of recent years in banking

Banking is an established industry, with a long history of conducting business in a certain way, so it’s not surprising that traditional banking institutions tend to be late adopters of new technology. Banking disruptor Brett King 1 mentions in his latest book that “Any friction that isn’t absolutely necessary will be eliminated from the technology layer. Either banks remove friction, or someone else will.”, referring to fintech up-and-coming companies. He goes further and says that “(bankers) always thought banking was different,” but in fact, no single industry was immune to technology disruption.

Customer demand for more high-tech services combined with the sudden eruption of a new type of competitors in the form of mobile banking solutions, forced banks to set aside their security and competitive fears, and embrace digitalization. Financial institutions eventually reacted and started meeting their customers’ needs and expectations, by slowly transitioning to a more digitalized approach.

As a result of embracing new technology and investing in digital banking, advancements such as facial recognition, e-signature, mobile payments or loan origination systems which facilitate commercial loans, have transformed the industry.

Nevertheless, banks remain traditional in certain ways. Bank branches have not changed substantially since they became popular in the 1960s, until the crisis of 2008. That year’s market crash kicked off a global crisis, sending many countries into recession, and marked a turning point for financial services, causing the closure of thousands of branches around the world.

After the crisis of 2008, the next biggest agitator was the rapid and high penetration of smartphones in our lives which revolutionised many industries, including the banking industry. Once a large part of the population began carrying small computers in their pockets, the possibilities became endless and many companies jumped at the opportunity. E-commerce sky-rocketed as online shops replaced the traditional physical stores.

Having a traditional background, but also putting security first, banks were reluctant to the idea of reducing physical offices. Branches still carried the weight of customer relationship management but this finally started to migrate slowly towards a more online approach.

The powerful outburst of the COVID-19 pandemic impacted greatly the banking industry, and could be considered the latest tipping point in the evolution of banking digitalization.

Once the world went into lockdown, one thing became clear: even though we were in a physical standstill, life went on and people still needed to access their banks or public administration offices for ordinary tasks. Branches were closed overnight and banks had to rely on their digital platforms to sustain their business.

Avoiding contact and maintaining productivity, aren't the only reasons why a remote banking technology is the model of the future. Digital banking facilitates quality customer data collection which together with other emerging technologies such as Big Data and AI, are essential to achieving service hyper personalization.

Standardizing remote banking will probably take longer than the customers would like, and that is why providing the best possible experience until then, is key. Avoiding queues and crowded places, controlling branch capacity, and designing a contact-free space are essential aspects to be considered.

What is remote banking?

This is a new concept based on providing online banking services to customers in a more personalized way thanks to digital tools, avoiding physically visiting a bank branch.  New solutions, such as everis Remote Banking, have emerged to help with the migration to a remote-oriented way of working.

These types of solutions aim to help the digital banking transformation trend by assisting in the reinvention of their branches, as hybrids. A place where digital and physical meet, is what the current and future customer value.

Santander Work Café is an example of this trend. The major banking organization transformed the traditional concept of bank branches and turned them into appealing environments. Phygital flagship stores will transform the way we do banking. Branches will become intuitive, they will leverage digital technologies and provide a greater customer experience in their spaces.

Remote banking solutions help bridge the gap between physical branches and digital banking by providing many upgrades to the banking experience. Among the main benefits are remote appointment scheduling or getting in touch with your account manager through chat or video channels.

Even though this offers a quicker and more efficient service to bank clients, they’re not the only ones taking advantage of the benefits that remote access products have to offer. The bank branches staff would also benefit from this digitalization. They could store all their client portfolio information in a single management dashboard which they can access from both the bank branch and their homes. Such platforms not only register all transactions and interactions improving compliance, they also provide useful analytics to improve efficiency. Remote access to your finances and an easy relationship with your bank agent from almost everywhere, are key elements that need to be considered in any digital transformation plan.

The digitalization of the banking industry might have started later than for other industries but their vast resources have allowed them to accelerate the process and achieve major leaps over the past years. With the outburst of COVID-19, the need for digital banking has become essential so we expect to see a continuous development over the following years, with the transformation of bank branches in part physical / part digital space and the enablement of remote banking, being only the beginning. 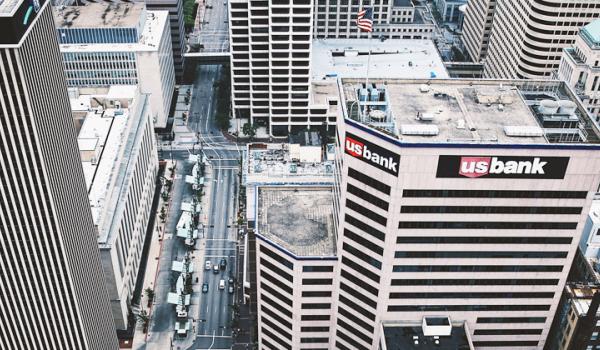