The last mile challenge: why and how to optimize it? 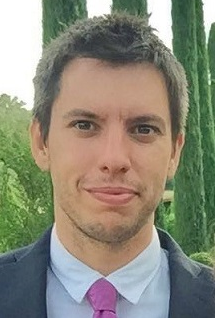 Home delivery has soared over the past year with people being forced to order more and more items online because of the pandemic. Courier service SEUR reported a 19% increase in turnover in 2020 compared to 2019, as a result of a 50% growth in e-commerce deliveries.

Furthermore, Correos saw a 10% growth compared to 2019, after delivering over 48 million packages in November and December 2020. So how do courier services and retailers deal with the massive flow of orders and the delays it causes?

Many specialists look to overcrowded and insufficient storage units as one of the main causes but one of the biggest current disruptors in retail is the “last-mile”. Why is the last-mile such a complex issue and how are companies addressing this challenge?

The complexities of the last-mile ecosystem

As ordering online is becoming increasingly more integrated in people's lives, the last-mile has become a vital part of the logistics process because of the continuous pressure for improvement and optimization that is currently encouraging companies to further adapt, transform and become more efficient.

With e-commerce seeing a huge growth over the past years and consumers being increasingly more demanding, an efficient delivery is now key in the purchasing experience of most online buyers. In 2019, 68% of e-commerce buyers said they expect the package at their doorstep while one-quarter are willing to pay extra for the same-day delivery, according to Statista.com.

New challenges are added to the shipment process constantly but the main goal for most messengers remains the same: a successful distribution of the package at a low cost. This condition has become a requirement and a way for couriers to differentiate their service. Benefits such as having flexibility for last minute changes in the time and place of a delivery, dropping off the parcel in a convenience centre, picking up a pack at the same time of delivery or having advanced traceability in real time to locate the messenger, are just some examples of ways for shipment companies to differentiate their service.

The good news that arises from these new demands is that the company's objectives are actually aligned with the clients' objectives. By investing in technology and optimizing the last mile, retailers not only offer their customers the experience they expect but they also make their deliveries more efficient which leads to direct cost savings.

Why should companies invest in optimizing the last-mile of the delivery process?

The main issue with trying to deliver a parcel a second time, is that couriers are transporting something that shouldn't need transporting anymore. The inefficiency happens on many levels. On one hand, from a logistical point of view and from a cost point of view because couriers are maneuvering twice the same package. On another hand, it's also an inefficiency at a systems level because it implies including more information in the system, saving more data of the same user and it requires complex reporting - issues that ultimately, translate into more costs. And most importantly, all these complications and extra costs could have been avoided had the first delivery been successful.

Aside from the many complications, by delivering the parcel the first time it was sent out, the client’s perception of the company and their level of satisfaction will also increase which might lead to more purchases in the future.

How can companies avoid the inefficiency of the last-mile?

The easiest way to improve the process is to allow scheduled deliveries, offering users the option to choose the best time and place for their delivery. Another way is to integrate geolocalization in the systems and allow customers to modify the details of the shipment until the last moment, lowering the risk of a person not being home when a package arrives. Agreements with shops and automated terminals are another way to optimize the last-mile. Advanced traceability is another great example of how to make the last mile more efficient because it offers the client detailed information such as where the carrier is or how many stops are left until the drop off location, lowering the risk of them leaving their home.

How can technology help optimize the process?

Using advanced technology is key in optimizing the last-mile. New technologies such as live tracking, telematics or predictive analytics are reshaping it, allowing the last-mile to become more agile, lean, and better able to meet changing customer expectations. By integrating new technologies in different phases of the shipping process, such as data analysis in scheduling deliveries, geolocalization for locating a package at every given moment, or in the case of dropoff points, integrating with systems that track automatic terminals, technology is deeply involved in modernizing the last mile and this is just the beginning.

What is the future of the last-mile?

At every stage of development, from concept through testing to rollout, technology is making rapid gains but it’s not the only factor influencing the future of the last-mile. Strict regulations around sustainability and initiatives such as the Green Deal, are redefining key points in the distribution process such as delivering in dropoff points that are close to the client’s home in order to cut back on transport. The fleet of cars and vans will also become more environmentally-friendly as restrictions around polluting cars become more rigorous in urban areas. Courier companies will soon be obligated to only use electric vehicles.

Another trend that is increasingly popular is developing micro hubs so that instead of transporting packages in large vans or trucks, centres will be built in order for the deliveries to be done by car or even bicycle. However, commercial agreements between delivery companies and different locations that act as micro hubs are becoming more and more popular, reducing the need to invest in micro hubs.

In the long term, a collaborative economy will prove to be more cost-efficient for most companies. By collaborating and taking advantage of their logistical strengths, companies can optimize routes and deliver packages on behalf of each other. For example, postal offices might find it more cost-effective to only deliver outside of cities taking advantage of their wide reach and they could collaborate with fast courier companies and outsource all their city deliveries. Certain fast carriers have a bigger presence in some areas and less in others so agreements with other couriers might be the solution to reducing shipping cost and delivering faster than normally possible.

A digital transformation of the supply chain increases agility, reduces costs, and improves business performance. Last mile delivery is one link in the supply chain that is already well into its transformation. Shipment companies have already begun in investing in high tech solutions which become competitive advantages that not only affect the image of the company as more oriented to the needs of its customers, but also has a direct impact in the main indicators of quality and savings of the company, such as success in first deliveries and route optimization, guiding your strategy in line with effective delivery.