Technology can do so much for our oceans 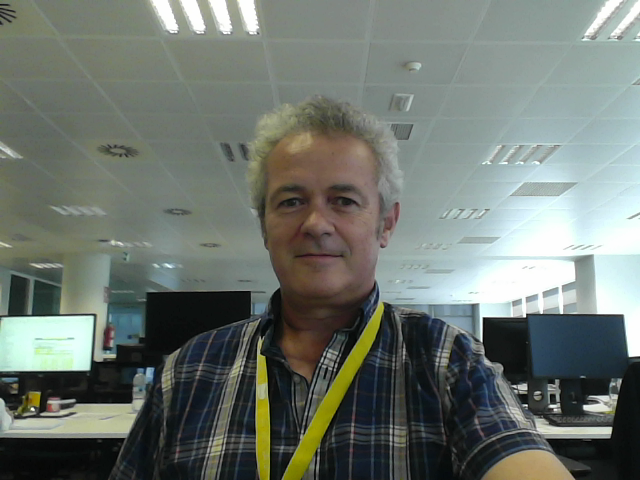 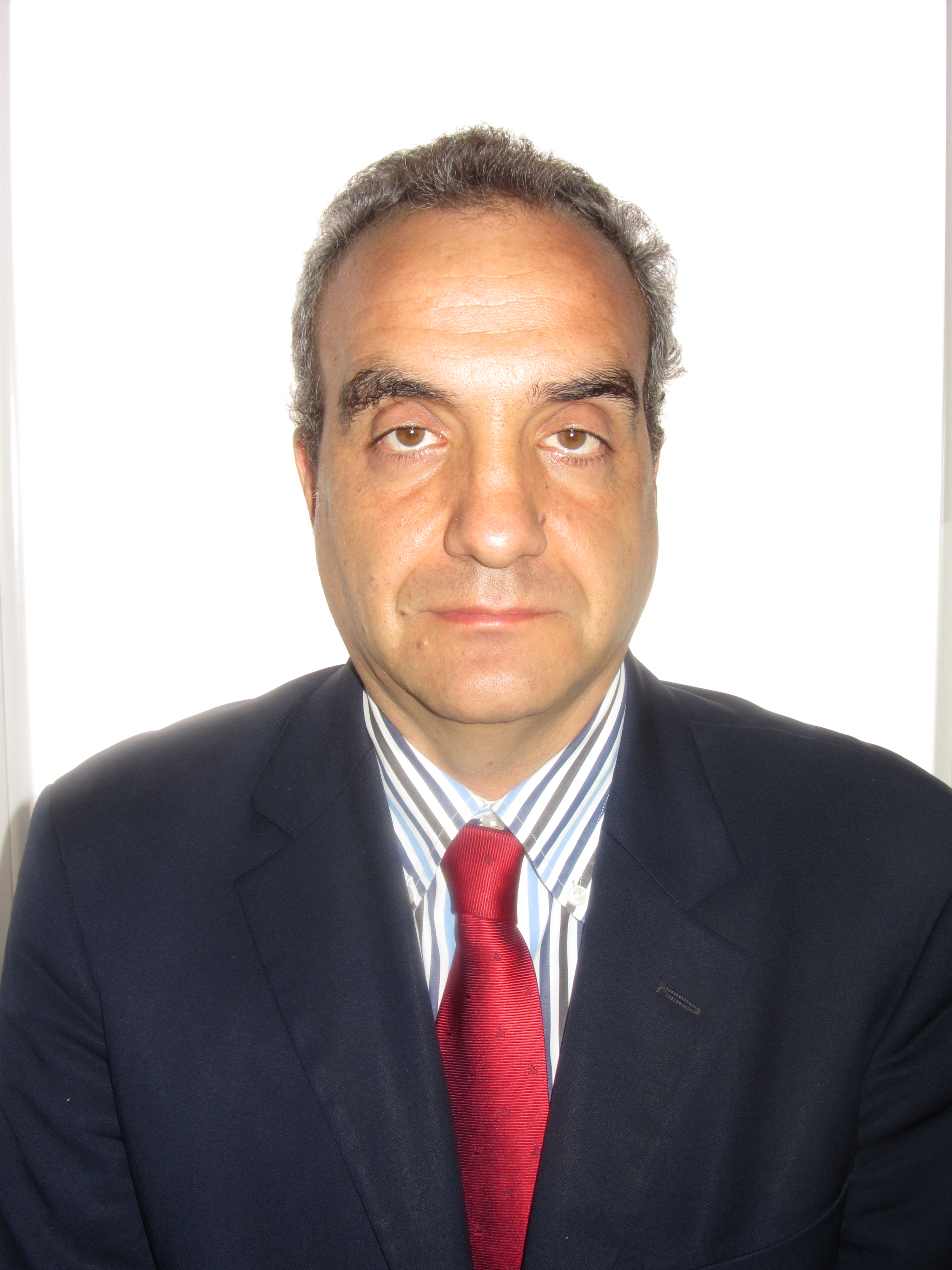 Specialist in Environment and Aquaculture
28 September 2018

Pollution in our oceans is not a recent problem. The marine environment has been affected by contamination for decades. According to UNESCO, heavy metals, synthetic chemicals, petroleum hydrocarbons, radionuclides and solid waste were already identified by 1977 as the most frequent ocean pollutants. In recent years, the trend has changed significantly, especially due to the inclusion of plastics on the list, currently accounting for 80% of marine pollution. And yet, oil spills remain one of the major problems we face.

Oil production is at all-time high in order to keep up with population needs. Marine ecosystems are being destroyed due to contamination from spills. When there is an accident involving a ship or offshore platform we all hear about it on the news. But it must be stressed that tanker and rig accidents account for only a small part of total hydrocarbon pollution in the ocean. Every year 3.8 billion liters of oil end up in the sea, equivalent to 1,500 Olympic swimming pools, which are distributed as follows:

Plastic has become the most common element found in ocean waste. It is harmful for the environment since it does not decompose easily and is frequently confused by marine animals as possible food. In some regions, ocean currents carry trillions of plastic objects and decomposing debris, forming giant swirls of trash. One of these, located in the North Pacific and known as the "Great Pacific Garbage Patch" measures 1.6 million km2, more than three times the size of Spain, according to estimates published in 2018 by Scientific Reports. Moreover, in recent years the scientific community has realized that plastic breaks up into smaller and smaller pieces until it becomes invisible. The problem then is that it can enter the food chain, causing problems in organisms who ingest it and in turn everyone who feeds on these organisms, including human beings.

Pragmatically speaking, in addition to damaging the environment, marine waste results in economic impairment to activities such as tourism, fishing and shipping. For example, the cost for the fishing industry in the EU is estimated at more than 1% of the total revenue from EU fleet catches ( European Strategy for Plastic in a Circular Economy).

Plastics usually reach the sea as solid residues (according to Greenpeace, up to 12 million tons of plastic reach our seas worldwide every year, accounting for 80% of marine pollution). After a process of degradation, it becomes microplastic (smaller than 5 mm). Microplastic is also generated directly from different sources such as the cosmetic, paint, tires, textile and pellets industries, among others.

Technology, queen of the seas

To avoid pollution the best solution is to stop dumping pollutants into the seas, but we must also think about how to remove existing garbage. In the case of large floating plastic, the most logical collection approach is mechanical, namely large ships that physically remove waste. Boyan Slat is a young entrepreneur who founded The ocean cleanup. His initiative is worth noting for its use of ingenious, low-cost technology that aims to help isolate these plastics and facilitate their removal all at once. There are also smaller initiatives in Spain such as those carried out by the Galician fisherman guilds, which have collected about two tons of waste at sea in the past four months.

In order to try to stop the dumping of plastics, the European Commission has created the European Strategy for Plastic in a Circular Economy (2018). This strategy aims to reduce the generation of plastics, which end up polluting our oceans, incinerated (increasing the greenhouse effect) or deposited in landfills. The European Union backs this policy with funds and this year has already invested 14.5 million euros in the Sustainable Blue Economy to accelerate European maritime policy regarding microplastics.

Moreover, the H2020 European initiative finances the CLAIM project, a consortium of 19 institutions that aims to introduce innovative green technologies for semi-enclosed seas such as the Mediterranean and Baltic. The aim is to prevent plastic waste from entering the sea in the first place. To this end, interventions are planned at two of the main pollution sources: wastewater treatment plants and river mouths. For treatment plants, an automatic cleaning device is being developed which allows filtering out microplastics, while a series of floating arms equipped with cameras to monitor the collection of visible floating garbage will be installed at river mouths, preventing such waste from entering the sea.

We also have to think about what we can do ourselves to prevent pollution. First, we must reduce our use of large plastics, bags, packaging, etc. Regarding microplastics, apps have already been created such as Beat the Microbead, which reads product bar codes and detects which include microplastics.

Removing microplastics is very complicated since it is a hardly degradable material. Only certain organisms can help decompose it. A discovery by research scientists at the University of Aveiro (Portugal) is cause for celebration. They have identified a marine fungus that could be key in

eliminating microbeads from our oceans. It is called Zalerion maritimum and it degrades microplastics quickly and efficiently. Isolated in a lab environment similar to microplastic-contaminated seawater, in seven days it can remove 77% of this material.

As far as oil is concerned, there are innovative systems that can treat water and soil contaminated by hydrocarbons at a fraction of the cost of conventional treatment methods. For example, an innovative system consists of a control unit sending electricity pulses of a certain voltage creating an electrokinetic field. Voltage pulses create redox reactions forming oxygen and hydroxyl radicals which, in turn, oxidize and split hydrocarbon chains and rings into lighter molecules, ultimately forming carbon dioxide and water as end products.

Robotics also falls within this range of solutions. Bio-Cleaner, for example, is a floating, autonomous robot that uses bacteria to separate water from oil. This device uses biosensors to track oil spills and, once detected, it releases bacteria capable of degrading the fuel. Its design allows it to reach almost anywhere and also emits sounds that keeps animals away and prevents them from getting caught in the spill.

Two innovative biological systems are also worth noting. Clams, produced by aquaculture, and fungi are natural solutions that take a bit longer but do clean up large quantities of water using their filtering and enzymatic capacity.

In conclusion, the problem of ocean pollution is becoming more acute not only because of the amount of pollutants discharged, but also due to the nature of these discharges. To fix this problem, new technologies are now being developed (which we have merely highlighted in this post), but we must bear in mind that although these efforts are very commendable, they are not enough to cope with current pollution volumes. The most effective solution is to reduce the emission of pollutants in the first place, for which action is needed at different levels: international, through bodies like the United Nations or the European Union, governments and institutions in each country and, of course, each individual person. Many small efforts have a major effect on keeping our oceans clean.