10 great projects in the final of the everis Awards 2019

The everis Foundation is holding the final of the everis Awards 2019 on 28 November. Once again this year we are looking for the best project based on high-impact technological innovation that improves quality of life for people and generates a positive, impact by transforming society.

A team of young Argentinians, led by Juan Manuel Barrufaldi, is revolutionizing the agricultural sector. According to Deepagro:“We are a committed group of developers, engineers and designers who are imagining and building a more intelligent future for agriculture.”

After many years of work, these young people, who aim to reduce the impact of artificial products that damage nature as far as possible, have developed AI-based software capable of detecting weeds, minimizing the use of chemicals and optimizing agricultural results.

Who said language was an obstacle? Listen to VI-SOR (Chile)

Three years ago, Red Apis developed a video interpreting system called VI-SOR so that private and public institutions can provide services for people who do not know their language in all forms of customer care (health, education, legislative, etc.), using online interpreters.

In Chile it already operates in more than ten languages and it has helped more than 50,000 people. It is currently developing the first app for the system for iOs and Android, with the aim of scaling it up to other countries to become what it describes as the “language Uber”.

Geckomatics: how to challenge Google Maps with a mobile (Belgium)

Bert Cattoor took first prize in the Belgian final with Geckomatics, a system using artificial intelligence in the cloud to create the future of mobile mapmaking and make it easier to generate high-quality spatial data. This project makes it possible to map all kinds of public spaces using artificial intelligence and mobile devices, reducing costs and increasing precision. Bert Cattoor explains how his project works: “All our operatives have to do is turn the device on and off to measure ports, railway stations and roads.”

H2ORIGEN has managed to regenerate the waste water discharged by all kinds of industrial companies.  This group of Colombian experts intends to reduce human impact on rivers and oceans without using any chemical products, revolutionizing what is now known as the water cycle. The approach also takes into account people’s health and care of the environment.

Muscular and joint injuries to elite sports people generate serious losses to clubs and federations all over the world. One of the most common injuries affects a part of the knee known as the Anterior Cruciate Ligament (ACL) in more than a million people every year.

The Spanish WasherCapTM project attempts to rebuild this ligament using an innovative system for fixing the soft connecting tissue, as well as reducing rehabilitation time for people suffering from this injury.

Prothesia: a ray of hope for children with cerebral palsy (Mexico)

“For years we have been working to help people with disabilities in the technology sector and we realized that this group was one of the most forgotten and neglected,” said Francisco Javier Valencia Valdespino, cofounder of Prothesia.

This group of Mexican health science students digitally manufacture customized splints and artificial limbs, with a special focus on children suffering from cerebral palsy. The aim is to give them a better quality of life and an easier daily routine.

“Our main target consists of people suffering from type 2 diabetes and non-alcoholic fatty liver disease,” say the developers from LifeTag Diagnostics a small startup from central Portugal trying to change the way people’s metabolism is currently analyzed and improve diagnosis of the most common chronic metabolic diseases.

Many parts of the world suffer continuous earthquakes due to their location in places where there is strong seismic activity in the tectonic plates. ISAAC-AMD is an Italian project that has developed an intelligent device to protect buildings, capable of minimizing the movement of their pillars and reducing the risk of collapse in all kinds of seismic activity.

Forecasts for 2035 indicate an increase in strokes of about 35%. This disease is a priority for the Brazilian entrepreneurs who run Neurobots, a project that has developed a brain-controlled device making it possible to recover movement in the hands after a stroke, improving life for the people affected.

Artificial intelligence can be found in the latest trends and in most of the consumer products we find in the retail sector. In Peru, Agros has managed to improve all the production, logistics and industrial processes in the agriculture sector using an AI-based monitoring system. 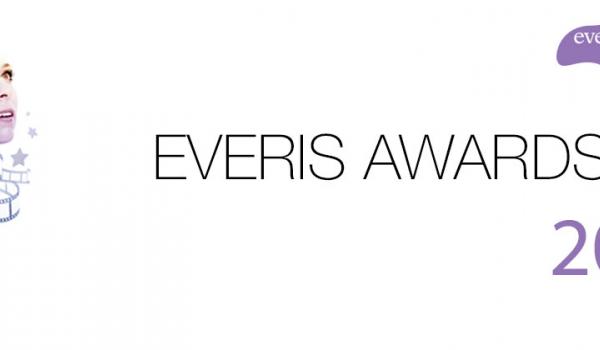