Ada Lovelace: past, present and future 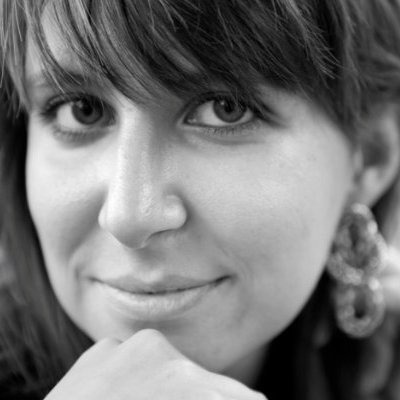 Today we celebrate one of the pioneers in computer programming. You may be tricked into thinking it was a man, but it was actually Ada Lovelace who wrote the world’s first computer programme 175 years ago. Computing, technology and ICT in general are educational and professional sectors predominantly dominated and led by men. Why is it this? And why is everis interested in engaging, retaining and empowering more Adas?

Ada Lovelace was a computer scientist ahead of her time. Back in the 1800s, female access to education was limited, but Ada was raised in an aristocratic family and her mother believed that she should focus on mathematics and science, as well as on learning music and French. Her social status gave her opportunities that most women could not aspire to. This is how she met Professor Charles Babbage, who was developing a calculating machine. This device triggered Ada’s interest in understanding better how it worked. Despite having gotten married and having children, Ada never lost her interest in mathematics or her eagerness to develop further Babbage’s machine. A French engineer who followed Babbage’s work closely wrote a paper describing his machine, which, by then, had evolved from a difference to an analytical engine. Ada heard about this paper and decided to translate it into English. Babbage read it and encouraged her to write a similar paper herself. She took up this assignment with enthusiasm which led to the first published computer programme in history. Computer science lost Ada, who always had a fragile health, at a very young age. Ada Lovelace was a forerunner in her time, but many other women have contributed to great technological and digital advancements. Examples include Margaret Hamilton, Irene Greif, Katherine Johnson, or Grace Hopper, just to name a few.

Despite these inspiring role models, there is an unbalanced representation of girls/women and boys/men pursuing ICT-related studies and careers. In the European Union, the number of female students aged between 20 and 29 completing STEM-related tertiary studies added up to 26 % in 2015 (compared to 74 % male students). With regard to the labour market, in 2017, women employed as ICT specialists in the European Union only amounted to 17.2 %. Although this number is disappointingly low, what raises even more concern is the fact that it has been decreasing during the last 10 years (i.e. 22.5 % female ICT specialists in 2007). According to a recent European study, the share of women in the digital world progressively decreases along the career path: starting with approximately 25 % as graduates in ICT-related fields and ending with 13 % actually working in digital jobs (data from 2015). In addition, data from the same study indicate that the number of women working in the ICT field tends to decline with age: 4.7 % female ICT professionals are younger than 30 while only 3.2 % are 45 years or older.

These trends can be difficult to understand in this new digital era in which technology develops at a very fast pace and ICT-related jobs are in high demand. Why are there so few girls and women interested in pursuing these careers? The Study on Women in the Digital Age corroborated some findings from other research and put forward some of the reasons contributing to these concerning trends. Gender stereotypes tend to influence our choices from early stages and throughout our lives. They also affect the way we perceive women and men, their capabilities and what is appropriate (or not) for each sex. In this particular case, gender stereotypes appear to benefit boys and men who choose the ICT field for their studies and professions. The difficulty in reconciling the professional and private life was also highlighted as a negative factor to retain female talent in ICT-related careers. The widely-known phenomenon of the glass ceiling is deeply rooted in the ICT sector (understood as an unrecognised barrier to career progression particularly affecting women and minorities). This may be explained due to unconscious biases in relation to women’s leadership abilities, informal and formal internal policies that block women’s career progression. Finally, the lack of female role models (including leadership positions) seem to perpetuate stereotypes and biases which do not encourage women to pursue ICT-related careers and contribute to a masculinised professional setting.

everis is a digitally- and technology-driven company and we think ahead to foster the interest of girls (and boys) in ICT-related studies and professions in order to match the increasing demand for such jobs. The Pulsar Programme was launched in 2015 and has been growing ever since on an international level. This mentoring initiative consists in a network of female professionals that share their knowledge and experiences with girls aged between 15 and 18. During the programme, the girls and their mentors work on several competences, such as leadership, autonomy, communication, creativity and risk-taking. Another initiative promoted by everis includes programming and robotics workshops for girls and boys. Our young talents are challenged to program the code to control robotic parts, to design the joystick and electronics to move the robot, or to build their own robot. Furthermore, everis is also investing in retaining and empowering its current talent. We want our staff to have fulfilling careers and this is why we are attempting to progressively implement measures to reconcile work and personal life. In addition, we try to identify and give visibility to female role models in order to encourage our staff to grow professionally and accomplish their goals.

everis strongly believes that attitude makes the difference and this is why we are actively looking for and supporting the Lovelaces of Europe and beyond. Building on Ada’s story, we value not only ICT-related skills, but also other relevant competences and diverse experiences. We strive for creating the conditions for both women and men to thrive while attempting to recognise the roadblocks throughout their careers.

International celebration of the achievements of women in science, technology, engineering and maths (STEM). It aims to increase the profile of women in STEM and, in doing so, create new role models who will encourage more girls into STEM careers and support women already working in STEM. More info at: https://findingada.com/.