Sustainable Development Goals, what are they and how can the ICTs contribute to their achievement? 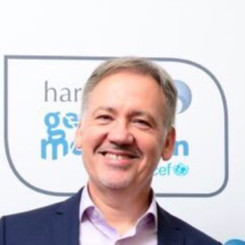 On October 24th, the National Organization of United Nations (UN), celebrates its anniversary concurring with the entry into force of the Charter of the United Nations in 1945. Like other celebrations, this day aims at raising awareness among the population about many of the problems that need urgent action.

On September 25th, 2015, all 193 member states from the UN General Assembly adopted the 17 Sustainable Development Goals (SDGs), within the 2030 Agenda framework. In this sense, the UN has a 15-year deadline to meet the most ambitious challenge that the world has yet to face.  Do we have what it takes? What problems may we encounter along the way?

What are the Sustainable Development Goals?

The SDGs act upon their own list of goals, some of them can be measured, but others state important improvements or increases that should be implemented. To achieve this, governments, international organizations and world leaders, as well as citizens, must be involved in the process. The latter can cooperate following the instructions provided on the UN website through the “The Lazy Person’s Guide to Saving the World”.

The 17 Sustainable Development Goals can be arranged as follows:

Where do we stand now?

Un bodies and agencies have included these goals within their agendas. Their policies, programs and projects describe how they will achieve these goals. In addition, they also measure and publicly share their contribution, which demonstrates transparency and responsibility. See, for example, the SDG Mapping Tool created by the International Telecommunication Union (ITU).

Although the lines of action are well defined, the initiative has been subject to criticism because of the interdependence of the SDGs as well as the elevated number of goals, which are 169.

In addition, there are two points of this initiative that deserve special consideration:

Firstly, while major global challenges cannot be addressed with quick solutions and without prior strategy, there are goals that may need to be accomplished in less than 15 years, if not, they may become a major problem before 2030. Does humankind have 15 years to reverse the serious effects of climate change or unsustainable consumption and production? In my opinion, these challenges seem to require robust short-term actions.

The second element that requires us looking into is related to the approach to this initiative. In order to achieve the SDGs, governments and other agents such as universities and institutions must be involved in the process. Therefore, it is urgent to include the SDGs in the countries’ policies in order to guarantee the plan’s success. For instance, the Spanish Government created in June 2018 a High Commissioner that will be responsible for the coordination of actions required to meet the 2030 Agenda. The Baltic 2030 Action Plan, formed by the 11 Baltic countries, was also created with this idea in mind. However, it seems clear that not enough has been done given the degree of the challenges we face.

What role does ITC play?

The SDGs can be largely achieved using both established and emerging technologies. The ITU has defined 11 lines of action ranging from infrastructure, to e-health, e-learning or e-science and its impact on the SDGs. However, it’s with emerging technologies where we will be able to attain disruption and direct impact.

For example, with the use of blockchain, it is now possible to control the entire food supply chain and improve costly food recovery efforts that are sometimes key to stop the spread of diseases.

Along this same line, artificial intelligence can also contribute to reverse the spread of diseases and, therefore largely reduce the burden of public health infrastructures with limited resources throughout the world.

In the environmental field, which affects several ODS, organizations such as The Plastic Bank offers digital tokens secured by blockchain for the exchange of recycled plastics. Its goal is to stop the flow of plastic in our oceans by rewarding those who recycle.

These are only a few examples of how technology can be a great ally in the ambitious project of the 17 SDGs and in creating a positive impact on the planet. You can find many more examples here.