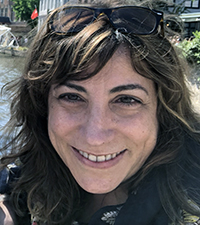 More than 57% of the world’s population is connected to the Internet according to “Global Digital 2019 reports”.  When Tim Berners-Lee created the Internet, which has impacted almost four and a half billion people, he changed the world we live in. However, without Wendy Hall, a pioneer of links, or Radia Perlma, creator of Spanning Tree Protocol (STP), this would not have been be possible.

Defender of usability in technology, Perlma continues to do research and patents dozens of discoveries, in the hope that the Internet becomes a more secure and straightforward place.

But when we talk about ease of use, let’s also think about ease of access. Could we imagine connecting to the Internet today without wireless technology? Without WiFi?Thanks to the discovery patented by the Viennese engineer and actress Hedwig Eva Maria Kiesler, known in the 1940s as Hedy Lamarr, it is possible. Her invention using the Frequency Hopping Spread Spectrum technique, first used during the Cuban Missile Crisis, is considered a precursor of the wireless communication technologies used today in mobile phones, GPS, Bluetooth, and WiFi.

According to Hedy Lamarr, “All creative people want to do the unexpected”. But what Margaret Hamilton created, who was a pioneer of concepts such as asynchronous software, programming priority and end-to-end testing, although unexpected for some, was previously designed as ultra-reliable software.

On July 20, 1969, millions of people witnessed the lunar landing of Apollo 11. Three minutes before, two alarms coded as 1201 and 1202 set off a warning that would put the mission in danger.  The software designed by Hamilton’s team, which consisted of more than 400,000 lines of code, was resilient enough to manage a buffer overflow and anticipate unexpected hardware faults. Clearly, without Hamilton, Armstrong would not have said pronounced those infamous words: “Houston, Tranquility Base here. The Eagle has landed”.

But well before Hamilton, other women programmed and operated key punch machines to make calculations. Probably the most well-known case is that of Ada Byron, who is thought to be the first programmer in history, before computers even existed. In the 20th Century Grace Hopper, creator of the first user-friendly computer software called COBOL, and the first to use the now very familiar programming term, “bug”, are just two examples.

History is full of women who, known or unknown, have been precursors or have created technology that form an inseparable part of our day-to-day lives.

Today it seems almost impossible to get our bearings without the help of an integrated GPS in our smartphones or cars. Without one, we would not be able to locate ourselves on social media, use Google Maps or try out the new augmented reality maps,  still in testing phases. Without Global Positioning Systems (GPS), it would be impossible to imagine many scenarios, from Uber to Pokémon Go, but without Gladys Mae West, none of this would even exist.

In recent decades, technology has also positively impacted our experience with reading. I was thrilled to discover that a Galician teacher named Ángela Ruiz Robles was considered the precursor of digital books, or e-books.

With the intention of making teaching school children easier, this inventor patented a prototype called the “mechanical encyclopedia” in 1962, although the industry was not interested in the technology in those days.

Years later, the electronic book exists alongside traditional formats, providing new value without losing its essence. According to Emili Teixidor, reading is the instrument we have to progress, to feed the imagination, to facilitate concentration and to help us us improve social skills such as empathy. All of this is invaluable for creation and innovation.

While I was writing this article with a word processor (obviously), I was grateful to another woman, Evelyn Berezin, who, in 1968, created the first programme that enabled text to be saved and edited. I will also thank her when I make plans for my next vacation, as she was the developer of the first global airline ticket reservation system.

In just one article, it would be impossible to mention all the women, known and unknown, who have changed the world with their passion for knowledge, or all the people, regardless of gender, who have improved our lives with their creations and discoveries. This is an homage to all of them, including female workers who are at our sides every day, silently committed to creating a better world, innovating and adding value with their projects.

How lucky to see that women are increasingly entering the world of technology, because technology is also a women's thing. 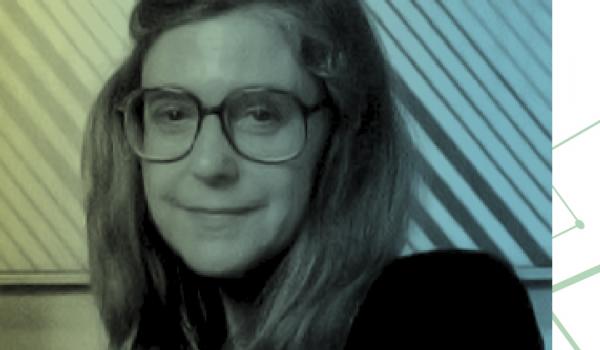