Zero pollution: the road to a sustainable economy 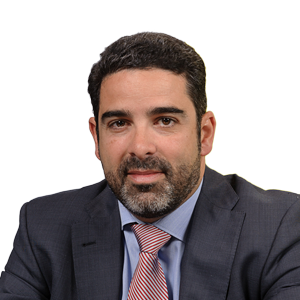 It’s common knowledge that cars and planes are among the main pollutants but did you know that our gadgets alone, the internet and the systems supporting them generate 3.7% of global greenhouse emissions? In fact, according to a recently updated controversial report done by the Shift Project, a French think tank, the 167 million subscribers that stream Netflix an average of two hours per day, consume around 94 terawatt hours (TWh) per year, which is 200 times larger than figures reported by Netflix in 2019 (0.45TWh). Everything we do, from turning on the light in the bathroom in the morning to brushing our teeth, to turning on Netflix in the evening, generates emissions and affects the environment.

In an effort to overcome the many challenges of climate change, the European Union has developed The Green Deal, a growth strategy that will transform the EU into a digitalized, efficient and sustainable economy committed to protecting the environment. The Green Deal is a robust and ambitious plan that sets out to revolutionize and modernize all aspects of the European society and economic activity, starting with reducing the net emissions of greenhouse gases by 2050. In order to achieve this massive decrease in emissions but also, optimize and efficientize many aspects of the economy, the plan will allocate funds in technology and in the digital transformation of different industries. In fact, without the digitalization of corporate activities and operations across all sectors and of the public administrations, the objectives set out by the Green Deal would be impossible to achieve. Improving operations efficiency by digitally transforming the processes is essential in order to lower production costs and also to mitigate the environmental impact.

To celebrate and bring awareness to the campaigns, the European Union organizes every year the World Environment Day on the 5th of June. This year, the celebration will be extended to a 2 week event named The European Green Week 2021. This year’s edition is dedicated to the “zero pollution ambition”, tackling subjects related to lowering emissions, bringing awareness to the cause and also other European Green Deal initiatives in sectors such as mobility, health, agriculture or biodiversity.

So which are the main industries that need to take serious measures in order to achieve the “zero pollution ambition”? Also, although cities clearly generate emissions from many sources, how much do rural areas pollute and what generates the most emissions? Solving the problem of climate change will require an effort in many areas, a shift to renewable energy and a general implementation of sustainability practices in cities, rural areas and businesses.

How does the food industry contribute to the greenhouse effect?

Although the transport industry is perceived as the biggest problem in climate change, several other industries are polluting almost just as much. The primary sector, for instance, is a main source of pollution. In fact, the meat sector alone generates emissions in many forms: from the emissions generated by the animals themselves, the greenhouse gases released from the slaughtering houses or the transportation of the end products. Large amounts of emissions are less related to other sectors such as agriculture but in fact, the global food system is responsible for 21–37% of annual emissions.

The solution to lower the emissions of the primary sector is on one hand, to solve the energy efficiency issues by transitioning to renewable energy. All industries in this sector, from agriculture to fishing and natural resources, are making a big effort to shift from fossil fuels to renewable energy in order to reduce their carbon footprint.

In an effort to cover the need for large volumes of renewable energy, new alternative ways of generating green energy are being used. For instance, many of the renewable energies used for the primary sector are photovoltaic. Processing the waste generated by the plant activities with biomass plants is another way of generating energy in the form of biofuels which is also green. In fact, livestock waste can be used to obtain biomethane which is a renewable gas. This way, not only is clean energy generated but the waste is also processed, an activity with an important contribution in promoting a circular economy.

The private sector and its carbon footprint

Did you know that just a couple of years ago, 285 major companies were generating more than the combined annual emissions of France and Spain? In the meantime, only 76 of them have significantly improved their practices and are in line with the Paris Agreement objectives.

The private sector, one of the industries with the highest impact in climate change, is becoming more and more regulated by governments. In fact, many countries demand that companies set more realistic objectives regarding their carbon footprint and become more committed to the issue of the environment. However, in many cases, due to the nature of their activities, certain organizations need to find ways to offset their emissions such as launching renewable energy generation projects for themselves, promoting self-consumption, investing in public projects such as parks or forests or buying carbon credits.

The revolution of how cities function

There is a great deal of scrutiny on cities and how much they damage the environment. The volume of vehicles, the electricity that’s being consumed, the food that’s being wasted, the water that is being contaminated are just some of the main factors that make cities into a major polluter. The “España Puede” plan is dedicated exclusively to modernizing the country and a large part of the funds will be dedicated to making cities more sustainable by investing in projects such as sustainable mobility services which will reduce transport emissions.

At a European level, the EU has developed a series of innovation and research projects under the H2020 framework program. Within this scheme, the Union has launched several initiatives related to the Green Deal and one of them is the Renaissance project which aims to research and develop technologies that allow the integration of renewable energies in local communities.

However, governmental and international initiatives aren’t the only causes of a shift in how we work, eat and live. Recent events and consequently, the growing need to work from home, have reshaped the way cities function. Currently, more and more people are mixing teleworking and office working, which in turn reduces the volume of transport and emissions coming from operating large offices. The awareness around climate change has also made people more conscient of the benefits of using alternative means of transport such as riding a bike, using public transport or an electric scooter. In fact, electric cars that are currently the most sustainable vehicles, are more and more popular, while even more environmentally friendly vehicles such as hydrogen powered cars are slowly making their way into the market.

Another initiative that has been implemented in certain big cities and is meant to be implemented in every city with more than 50,000 inhabitants, is that each city creates low emission zones, where the entry of polluting vehicles is restricted. Even the speed limit can influence the level of emissions in cities so many places have lowered the speed limit which in turns lowers consumption, the volume of emissions and allows other transports such as scooters or bikes to be compatible with circulating on the streets without any risks. However, the España Puede funds will not only be allocated to transport initiatives. The infrastructure and landscape of a city are also important sources of pollution that are addressed in the plan. Therefore there are many initiatives around building new homes with higher sustainability standards such as facades with good isolation. This will ensure that no energy is wasted, lowering emissions and allowing for the energy consumed by a building to be as low as possible. Other improvements to buildings could be low-energy elevators, low-consumption lighting and modern boilers.

The initiatives aren’t limited to new construction buildings though, there are also several projects dedicated to the rehabilitation of existing ones. Sustainable improvements such as improving thermal insulation, the installation of renewable energy for self-consumption or the implementation of measures that increase energy efficiency (for example keeping the air conditioning at a constant temperature, the use of domestic equipment and low consumption lighting, reducing dependence on artificial light, etc.) can reduce emissions by up to 80%.

Why public administrations are vital in the fight against climate change

There are indeed many initiatives and projects that are digitalizing many industries with the aim of lowering greenhouse gas emissions. However, the transition to a sustainable model and a circular and resilient economy is impossible without administrative support from both governments, public administrations and large corporations.

Administrations have to improve their capacity to regulate and control industries, making sure that they adapt to the sustainability objectives. Their goal should also be to seek investments from companies that generate the most emissions so that they reduce emissions by compensating with investments in forests, natural parks, etc. Without a modern and digitalized public sector that not only implements regulations related to European sustainability projects, but also reinforces them, the fight against climate change is impossible.

European and local initiatives are the main catalysts in the constant effort of lowering greenhouse emissions across all industries. Join the virtual events that are organized during EU Green Week 2021 and learn about the many projects dedicated to the “zero pollution ambition” and how, together, we can help fight climate change.