Digital Transformation for the Changing World of Fuel Retailing 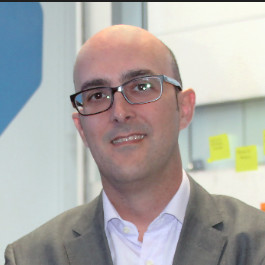 The automotive fuel sector is of great importance in every economy although service station network characteristics vary considerably by country, which makes it difficult to compare one market to another.

That is particularly the case when discussing digital transformation, as fuel retail markets are not only heavily influenced by economic, cultural, and legislative factors but are at different stages of development and evolving at different velocities.

In most mature economies, the number of service stations continues to decline due to the modernization of the network and elimination of less profitable points of sale. Many vertically integrated operators have rationalized their fuel retail businesses, abandoning certain markets completely.

That creates opportunities for new operators, for which the category that has developed most in recent years is that of service stations attached to hypermarkets.

But these trends are far from homogenous. In Spain, for example, the number of vertically integrated operators has remained static over the past decade but the total number of stations has grown due to the entrance of independent and other branded operators.

In Germany, meanwhile, the trend is firmly downwards as the number of service stations has dropped by almost 5,000 in the last 30 years to below 14,500, which is less than the number that existed in 1950, according to Statista. Italy, by contrast, leads Europe with more than 21,000 service stations, which is 50 percent more than Germany.

In less developed nations, service stations remain heavily oriented to a traditional fuel-led business model and the sector is dominated by small family-owned businesses. In Peru, for example, they make up 60 percent of the market and employ more than 65,000 people, according to trade body GESP.

Despite the cultural and technical challenges, we are seeing new business models take root in Latin America. For example, an international oil company recently began to roll out a new generation of self-service stations to Peru.

Now let’s shift our focus to China, which accounts for a quarter of all new vehicle sales worldwide.  Foreign-owned companies have taken advantage of recent liberalization to enter this massive market. While their share is still small, their arrival has obliged has forced traditional players, such as state-owned oil companies, to improve and modernize their services.

Indeed, China is moving to the forefront in service station innovation and leapfrogging more developed markets, as it is doing in so many areas of technology. An international oil company based in China recently unveiled a pilot “smart gas station” that automates refueling and lets the consumer complete the entire purchase process from the touchscreen display of their internet-connected car.

Despite the considerable differences between countries, we can identify some consumer trends that do not vary so much from one country to another.

Around the world, there is a common requirement for service stations to offer consumers more convenience, speed and security when refueling, and they want to be able to buy more than fuel when they stop to refuel.

Some service stations already make more profit from their convenience store than they do from selling gas but it is clear that tomorrow’s service stations need to do much more than sell confectionery and fuel, irrespective of whether that fuel is hydrocarbon, hydrogen or electricity.

Service station operators will need to think of new products, services and strategies to cope with the disruptive innovation that is sweeping through this and many other industries.

They need to be better integrated into the digital ecosystem using technologies such as mobile payments, automation and artificial intelligence to make life easier for their customers and better understand their needs, whether they are related to their vehicle or to their increasingly digital lifestyles.

To get the most out of new technologies, operators need methodologies and tools to speed up the implementation and online platforms to facilitate training and communication, which are essential if the new business models are to be successful.

In short, the sector must evolve to serve the mobility needs for an increasingly diverse range of vehicle and customers if they are to continue to have a successful business in the future, irrespective of the special characteristics of a particular fuel market.

If you want to learn more about how everis sees the future of fuel retailing or learn about the technologies we have developed for service station operators in our everis Station offering, please get in touch.