Seeing the Earth from Space: now anyone can do it 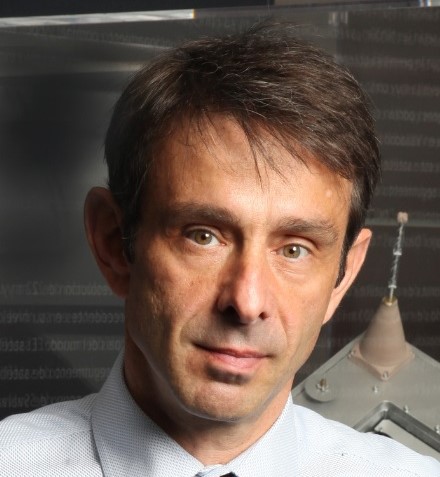 Director of the Aerospace Division of everis ADS
05 October 2020

One of human beings’ biggest dreams throughout history may be discovering space in order to better understand the world in which we live. Supported by great technological innovations, we have indeed ended up visiting other planets, while also garnering a better understanding of our own.

Earth observation (EO) lets us study and monitor our planet in real time via a range of technologies, with optical and infrared images and radar the most employed in satellites. So, the answer to the question “How far can the human eye reach?” is obvious: as far as technology permits.

NewSpace: the democratization of Earth observation

In the 70s, there were already satellite images for civilians, starting with the famous METEOSAT meteorological missions in geostationary orbits, which gave us weather information on Africa and Europe. In the 1980s, they also started to obtain precision images of orbits near the Earth, for example with SPOT Image. At present, an average citizen can easily obtain satellite images with resolutions up to 30cm per pixel, such as via Digital Globe, a provider company of satellite images that is part of the Maxar Technologies Group.

But… where are these fast advances in Earth observation (EO) headed? An essential key is NewSpace, a philosophy that applies innovative solutions to providing affordable access to space, primarily led by start-ups and SMEs. This is possible due to applying technologies and processes not designed initially for space to satellites, as well as new standardization ideas like CubeSats and the emergence of capital risk funds, among many other factors.

The democratization of space achieved with NewSpace makes it possible to use more satellites, so that landings back on Earth can also be much more frequent. Further, the explosion of technologies for mass consumption digital cameras in the last 15-20 years has also played a fundamental role in EO.

How does Earth observation (EO) help us?

At everis, we have always believed that EO is important to our customers, as the results obtained from processing and analyzing satellite data are of great interest, and can then be applied to their processes and commercial lines of business. At everis Aerospace, Defense and Security (everis ADS), we conduct a wide range of initiatives related to remote sensing, with the overriding goal of then passing on this relevant and useful information to our customers.

One of the most ambitious projects we have embarked on almost since its inception is that of Satlantis, a Spanish SME in which the everis Group is a partner, and which is a leader in NewSpace initiatives and technologies for EO cameras. On June 9, we witnessed one of the most crucial milestones in recent years. The Earth observation camera iSIM-170 was installed correctly in the Japanese module of the International Space Station (ISS). It is the first non-Japanese technology in the Japanese part of the ISS, as well as the first Satlantis camera to travel in space, representing a feat and milestone both for international technology developments and for the company and Spanish industry.

At a technical level, the iSIM-170 camera is a true revolution in remote-sensing capacities. It is a miniaturized system, weighing a mere 15 kilos, capable of reaching submeter-resolutions of the planet’s surface. Due to the unique combination between size and performance, the system will surely have a notable impact on the space industry, helping to significantly reduce mission costs.

We also lead a framework project with the European Space Agency (ESA) for diverse studies based on the images from the Copernicus Project, the most ambitious EO program in history. Copernicus was designed to provide precise, up-to-date and easily accessible information to improve environmental management, understand and eliminate the harmful effects of climate change and ensure citizen safety.

We also collaborate on different projects for future systems of marine observation satellites by the European Defense Agency (EDA) and we have agreements with extremely high-resolution image distributors to apply them in different tenders. Via our most innovative solutions, we apply artificial intelligence to image processing, imbuing them with a unique value that is key to our customers and their decision making.