Data shows its softest side 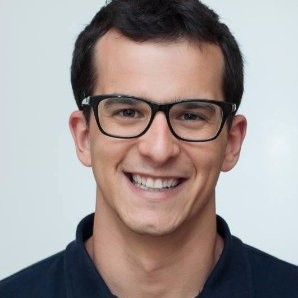 Looking for your significant other is an adventure that has now been digitalized. In a society that caters to instant gratification, computing has created a shortcut to invigorate the dating process; be it for a long-term relationship or a casual fling.

What used to be a game of chance is now subject to an algorithm, so if you’re still single it might be up to technology to introduce you to your soul mate or soul mates…

Do you think dating apps only take into consideration gender and location?

A lot has happened since “Sexy or Not”.  Today’s apps have a lot of computing behind them to find out what days and at what time you log on or what kind of people you are interested in. This improves user experience and helps you make the most out of your time.

Tinder, the king of dating apps, operates in 196 countries. Its users swipe 1.6 billion times a day on average, which results in 26 million matches and enable 1.5 million dates a week. As with any other app, Tinder processes users’ behavior in the app and matches this information with data from other sources such as Facebook or Instagram

In fact, a dating app could update its recommendations in real-time whilst you and millions of other users interact with each other. Tinder would also be able to implement other techniques to improve its search results such as machine learning, behavioral analysis or even image recognition.

It’s important to understand that these techniques aren’t new. Services based on recommendations have been around for some time, such as FilmAffinity, a website founded in 2002 that suggests movies based on users’ preferences.

Of course, when these platforms first appeared they were not quite as sophisticated in terms of user experience, immediacy and success rate as they are today.

The evolution of mobile devices has had a huge impact on how these dating platforms work today. However, this isn’t the only factor. To be frank, if a dating app were to have been as sophisticated a few years ago as the ones today it would only have been possible with a very expensive supercomputer and software licenses worth thousands of euros. Even then, they would have needed to solve the availability and optimize latency for an app, which is a hive of interactions. In addition, no machine would be able to guarantee success in terms of processing. In addition, the volume of data is so vast that it requires processing which satisfies users’ desire to flirt.  Having reached this point, we would need to begin to talk about concepts such as distributed computing and Big Data.

Instead of centralizing processing in a single powerful computer, valued at €20,000 minimum, we use machines at optimal prices. We also focus on return on investment and we put all the machines to work together. All the work is divided and organized within fail-resistant structures, which are powerful and scalable depending on the need of each application. In the event of failure of one of them, the work is redistributed. The more machines, the more capacity. Given that all the data is replicated, if one of the machines stops working, you don’t end up losing all the information. All this can be operated with open-source software.

The reduction of costs, together with the cloud systems we can find nowadays (Amazon, Azure, Google Cloud), gives startups the opportunity to put their ideas into practice and then put them to work within a reasonable time frame.

Data quality is also key, because it doesn’t matter what kind of machine learning you have if your data doesn’t create value. An example of this would be the systematic swipes to the right some people use on Tinder. The platform noticed the increasing number of people who would randomly like everybody on Tinder, just for the sake of increasing their chances to getting likes back without even paying attention to the screen. What then? This data becomes less valuable. In other words, if users aren’t true to their real preferences, we do not know what it is that they really like. This behavior took the dating app to limit the number of times a user could swipe to the right in a specific period of time, thus people had to be more selective.

Online dating is just one field which Big Data technologies have had an impact on. At everis we work with these type of technologies and use them in banking, insurance, utilities, health and services projects on a daily basis. They might not be as exciting as Tinder but Big Data can even save lives. This is the particular case of SmartICU, which allows monitoring critically ill patients and foreseeing a critical situation 8 minutes in advance. We also use Big Data in other projects to help companies prepare for the European General Data Protection Regulation (GDPR), which has meant a change in the scenario where users have more rights over the control of their private information. This law gives European users more control over dating apps or any other app that uses our data.

Now that you know more about these apps, be wary of the information that you share and may the force of love be with you!