Does AI need a soul?

An important analogy coined by Andrew NG (the artificial intelligence guru) states that "Artificial Intelligence is the new electricity". Evidently, the effect of AI on all activity sectors in society is comparable (if not greater) than the effect of electricity on the 'second industrial revolution'.

As shown in the following illustration published in the US media in 1889, the perception of technology in that specific time period can be equated to a certain "technophobia" or "technoscepticism", which is recently being observed around AI. 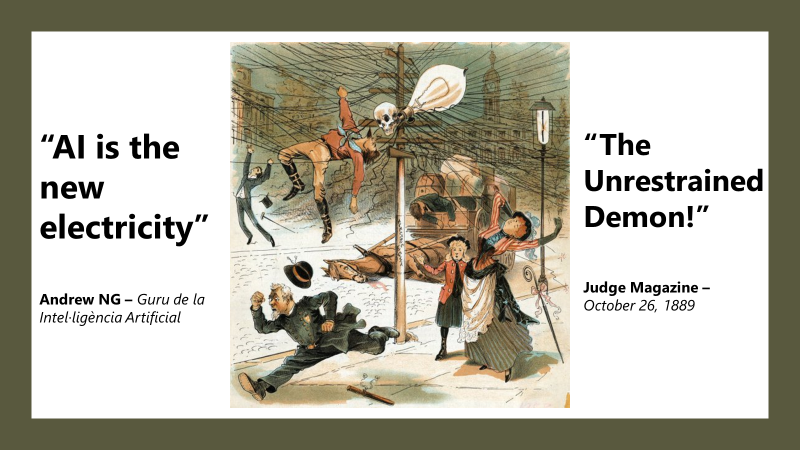 The starting point corresponds to the fact that any technology is neutral until we (as humans) determine its use. However, artificial intelligence exhibits characteristics that make it especially dangerous if it is used for unethical purposes:

In summary, this is a key point in time for artificial intelligence development with real scientific results and an immense potential in direct business applications. Nevertheless, it is simultaneously accompanied by certain immaturity, excessive expectations, and knock-on effects of social impact and ethics of the technology that are paramount. Will artificial intelligence transform companies and society? Undoubtedly, the answer is a resounding yes. Will it happen ethically and contribute towards the development and improvement of companies and society? Certainly, the human brain is in the driver’s seat on these matters (at least for now).