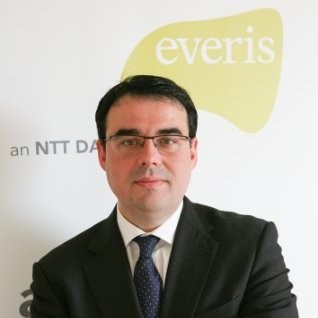 There is a debate in the banking sector that has been running for more than ten years in which, to date, no consensus has been reached: the role of the bank branch. In a world where digital transformation grabs all the headlines, the debate sometimes seems to remain in the background, even if it comes up now and then in news that focuses on the decline of the number of branches.

Looking back, the role of the bank branch had not changed very much since its popularization in the 1960s, up until the arrival of online banking and later on, mobile banking. The global crisis we experienced in 2008 undoubtedly represented a turning point, with the closure of thousands of branches all over the world.

Although the starting point was different in the United States and Europe, the strategy of the banks was similar: a drastic reduction in the number of branches.

I began this article by stating that the debate around the role of the bank branch in the age of digital banking still goes on since, despite everything, it remains the most commercially successful channel and the axis on which the distribution model turns. On average, the cost of the physical network (costs incurred by real estate, personnel and support including the cash management) stands at between 33% and 50% of the operating cost.

There is a variety of opinions regarding the future role of the branch, there are even those who predict a complete (or near enough) disappearance of the medium. One of these is Brett King, the renowned guru of the banking world, who in 2015 developed this idea in his book: ‘Branch Today, Gone Tomorrow: The Case for the Death of Branch Banking’, essential reading for a background in this debate.

Although it is an interesting point of view, in my opinion it is too radical. Nonetheless, it’s undeniable that the development of digital channels, especially the mobile channel, represents a paradigm shift in the sector. We come from a distribution model whose axis is the branch, around which the rest of the channels once turned. Branches bore 100% of the weight of the customer relations burden.

The model that we tend towards now, albeit with various levels of development according to geography and institutions, is Mobile First. In this new paradigm, the mobile channel is the point of access in customer relations with the bank and all other channels, branches included, revolving around it. Consequently, the branch has gone from being the centre of customer relations to playing a less relevant role.

Once the new position of the medium is understood, there are two challenges that must be faced: the efficiency of the network and user experience.

We noted earlier that the main issue with this channel is cost. In this sense, all institutions have made a significant effort to reduce this barrier, eliminating many attention points and migrating operatives towards other channels where the cost per transaction is much lower.

The entire sector has already migrated low added value operations such as bill payment, balance inquiries etc. and is working on broadening the list of options available. This includes services that, up until recently, were unthinkable outside the traditional branch. For example, the origination process entirely through digital channels is of the utmost priority for almost all institutions worldwide and this includes ever more complex products.

As a result of this focus on streamlining the channel, user experience has become less relevant for institutions, leaving an outmoded branch space that is hardly attractive to the customer.

There are two major courses of action available to boost satisfaction levels with the medium: on the one hand, commitment to a new concept of the branch as well as its integration as one more element of the bank’s omni-channel strategy.

Traditionally, the layout of an institution’s branches has been similar, varying only in size (number of stations) based on the traffic of each one. It will be necessary to develop different concepts of branches, with different objectives aligned with the overall strategy of the institution. In recent years, we have witnessed the development of these concepts with varying degrees of acceptance. Being patient during the implementation of these prototypes until a working model is found is fundamental to this process.

Some of the most common of these concepts in recent years are listed below, even though it’s true that institutions have often opted for a combination of these:

· Flagship branch: located in the main commercial arteries of the main cities and which serve to improve the brand image and offer innovative concepts to attract the general public.

· Self-service branches: offices with little or no physical presence which allow the development of all types of operation through ATMs or Kiosks as well as supporting video conference systems. In the coming years, we must be very attentive to how the development of artificial intelligence may contribute to the explosion of this model.

· Mobile branches: the reduction in the number of physical offices has had an impact on smaller communities which have been left without a local branch. The

implementation of these mobile offices allows these communities to access services within predetermined hours or days.

· Micro-offices/Nano-branches: branches normally located in areas with a large amount of foot traffic, such as public transport hubs, which allow the most common operations to be carried out quickly.

· Cobranding: through partnership with other brands of every kind, such as cafés or travel agents for example, new spaces with different objectives are created (more time spent in the branch, cross-selling of finance products, etc.)

Flexibility of opening hours, adapted to the needs of the target audience, inevitably has to go hand in hand with these concepts. This is an issue that is still to be resolved for the majority of institutions.

In addition to these new branch models, the other important aspect is the integration of the medium into the multi-channel strategy of the institution. This is an aspect that not only concerns this channel but one that must be addressed in a general sense as the institution’s overall strategy is defined. It is necessary to reflect on what Customer Journeys the branch can and must have a primary role: sales and advisory on complex products, distribution and handling of currency, building relationships with customers, etc.

Finally, a key aspect in the development of new concepts for the office, much like in the development of the multi-channel strategy, is information. The ability to collect data, such as customer traffic, reason for visit, average time spent, areas of the branch visited, etc., is a starting point but is not alone sufficient when cross-referencing this data with sales information, customer relationship, etc. is necessary, which allows advanced models of customer behaviour to be obtained.

These models allow the capacity of the commercial network and the needs of the customer to be aligned, testing the success of the proposed concept models and defining the

role of the branch in the multi-channel strategy. In addition, the development of these models will allow the future needs of each point of sale to be anticipated and adapted accordingly.

To conclude, and to respond to the question that serves as the title of this article, my opinion is that we will indeed continue to see bank branches. Of course, we are witnessing an evolution of the medium at a pace unprecedented in its history.

The use of analytics, flexibility in the implementation of new office concepts and an accurate definition of which processes can continue to bring value in the channel will give a competitive advantage to institutions when addressing this evolution.